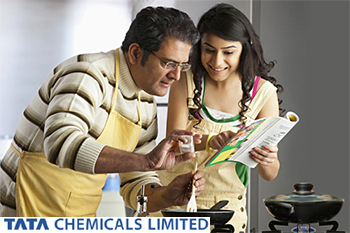 “The rating affirmation reflects the likely recovery in TCL’s consolidated revenue and profitability from the trough during the pandemic fallout in the fiscal year ending March 2021. We expect the recovery to sustain over the upcoming 12 to 18 months, strengthening TCL’s debt/EBITDA leverage to comfortably below 4.5x and EBITA margin towards 20%,” says Kaustubh Chaubal a Moody’s Vice President and Senior Credit Officer.

The stable outlook reflects Moody’s view that TCL will sustain revenue growth across all its businesses, while maintaining its leading position in the global soda ash industry.

In addition, the stable outlook continues to reflect Moody’s expectation that TCL will retain its measured approach to growth and that it will prudently deploy its cash surplus in new EBITDA-accretive investments, Moody’s said.

TCL’s business profile is diversified across products and geographies. Basic chemical products (soda ash, sodium bicarbonate and salt) comprise 75% of the company’s consolidated revenue, while specialty products, such as agricultural chemicals, account the balance quarter. Through its various subsidiaries, TCL has manufacturing operations across India, the US, the UK and Kenya.

The company’s leading market position across its various operating businesses is an underlying strength: TCL is the world’s third-largest soda ash producer and sixth-largest sodium bicarbonate producer globally. The company commands a strong market position in agricultural chemicals in India and its pure-dried vacuum salt products attract a 50% share in the UK.

Underlying demand for TCL’s key product, soda ash, will remain strong, supported by demand from end-user segments such as the recovering automobiles and construction sectors. Meanwhile, tightening environmental regulations in China, one of the world’s leading soda ash producers, and rising global freight rates will likely keep a supply shortage globally of soda ash that will push up the product’s price. Besides, green applications of soda ash — such as in the manufacture of solar panels and lithium-ion phosphate batteries for electric cars — will keep demand for the product strong. And, with no major new capacity expansions likely until 2023, soda ash prices will likely stay firm.

Almost 65% of TCL’s global soda ash capacity of 4.1 million tons per annum (mtpa; 2.45 mtpa in the US and 0.35 mtpa in Kenya) is processed naturally (trona-based), where manufacturing costs are substantially lower than the synthetic manufacturing process. Such competitive costs are key to TCL’s strong consolidated EBITDA margin of 18%-24% over the past five years.

TCL’s wholly owned subsidiary, Tata Chemicals North America (TCNA) will continue to benefit from several structural advantages. These include the cost competitiveness of its trona-based natural soda ash production in Wyoming, its long-term customer relations in the US and its membership of the American Natural Soda Ash Corp (ANSAC) that assists in the global distribution of its production. The company is currently serving its notice period that ends on 31 December 2022, when TCNA will exit ANSAC.

TCL’s Ba1 CFR continues to reflect the company’s leading position in the global soda ash markets and its competitive cost structure. This underpins its sustained strong profitability, which will lead to better leverage and coverage metrics. TCL’s very good liquidity is also an underlying strength.

On balance, TCL’s Ba1 rating also reflects its relatively small scale when compared with that of its global chemical industry peers, as well as its exposure to the inherent cyclicality in end-user markets. The Ba1 CFR continues to incorporate a one-notch uplift given Moody’s expectation of timely, ongoing and extraordinary support from its parent, Tata Sons Ltd., should the need arise.