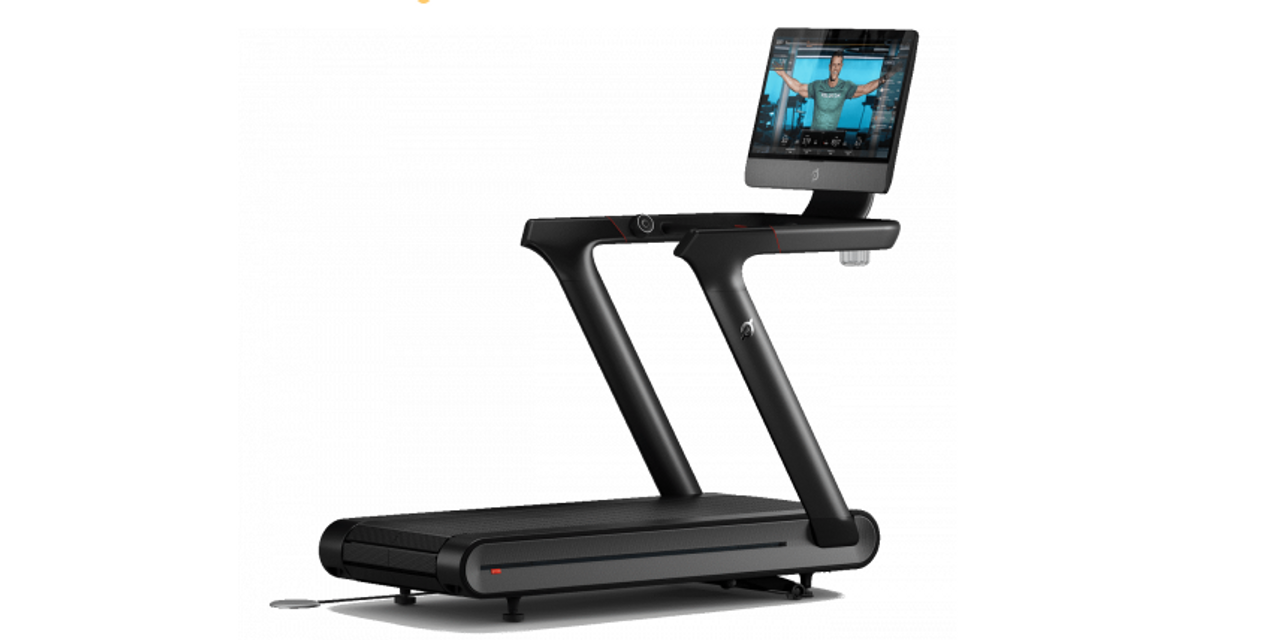 Shares of Peloton Interactive Inc. plunged Wednesday, putting them on track to suffer the biggest one-day selloff in six months, after the at-home-fitness company said it was voluntarily recalling 125,000 Treat+ treadmills after more than 29 reports of injuries to children, and one death.

The company also recalled 1,050 Tread treadmills, saying the touchscreen can detach and fall and pose a risk of injury.

The recalls come a day before Peloton is scheduled to report fiscal third-quarter results, and more than two weeks after it refused a request by the U.S. Consumer Product Safety Commission to recall the treadmills. Chief Executive John Foley apologized for waiting so long, saying recalling the treadmills was the “right thing to do” for its customers.

“I want to be clear, Peloton made a mistake in our initial response to the Consumer Product Safety Commission’s request that we recall the Tread+,” Foley said in a statement. “We should have engaged more productively with them from the outset. For that, I apologize.”

On April 17, the company had said the CPSC’s warning to consumers was “inaccurate and misleading,” and insisted that its treadmills were safe if consumers heeded the warnings. And it was back on March 18, when CEO Foley first disclosed a fatal accident involving a child and the Tread+.

“You have to wonder why Peloton so strongly resisted CPSC’s efforts to protect the public when it learned that the machines were injuring consumers and then agreed to the recall, but it may reflect CPSC’s pressure to conduct the recall,” said Carl Tobias, Williams Chair in Law at the University of Richmond School of Law, in an emailed statement to MarketWatch.

tumbled 14.4% in midday trading toward the lowest close since Sept. 16, 2020. The one-day percentage decline would be the biggest since it plummeted a record 20.3% on Nov. 9, 2020, as broad stocks that had benefited from COVID-19-related stay-at-home measures suffered from upbeat vaccine news.

The Tread+ treadmills being recalled followed 72 reports of adults, children, pets and objects being pulled under the rear of the treadmill. Those reports included a death of a 6-year-old child, and 29 reports of injuries to children, such as abrasions, broken bones and lacerations.

The recalled products were bought from the company’s website and at Peloton showrooms from September 2018 through April 2021 for about $4,295.

“Consumers should immediately stop using the recalled Treat+ and contact Peloton for a full refund until Nov. 6, 2022,” the company said on the CPSC website.

Peloton said it was also offering customer who don’t want a refund the option of moving the Tread+ “free of charge” to a room where the treadmill can’t be accessed by children or pets. The company is also implementing software improvements that automatically lock the Tread+ after each use.

The company is scheduled to release results for its fiscal third quarter after Thursday’s closing bell.

Peloton is expected to report a loss that narrows to 12 cents a share, according to a survey of analysts conducted by FactSet, from a loss of 20 cents a share in the same period a year ago.

Wedbush analyst James Hardiman wrote in a research note last week that because he estimates just a low-single digit sales contribution from Tread+, the stock’s selloff on safety concerns was likely to be seen as an overreaction.

He said a bigger concern is that the negative press Peloton received for its response to the safety risk could “negatively impact demand for the cheaper tread,” which is slated for launch in the U.S. at late May.