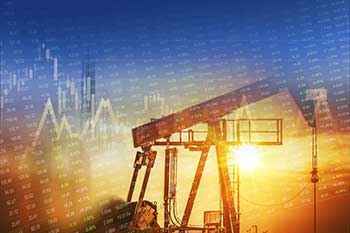 Gainers on the index had state-owned ONGC in the lead surging by nearly 7% followed by BPCL soaring 4%. Gail jumped by 3%.

The largest company in terms of market cap, RIL, zoomed by over 1%. RIL has initiated the process of carving-out O2C Business into an independent subsidiary.

However, on the downside, Indraprastha Gas tumbled 3% followed by a 1% decline in Castrol India.

The US WTI trades over $62 per barrel, while Brent Crude performs over $66 per barrel.

The sudden spike in oil prices comes after when Goldman Sachs announced its forecast that crude prices will climb to $70 per barrel over the next few months.