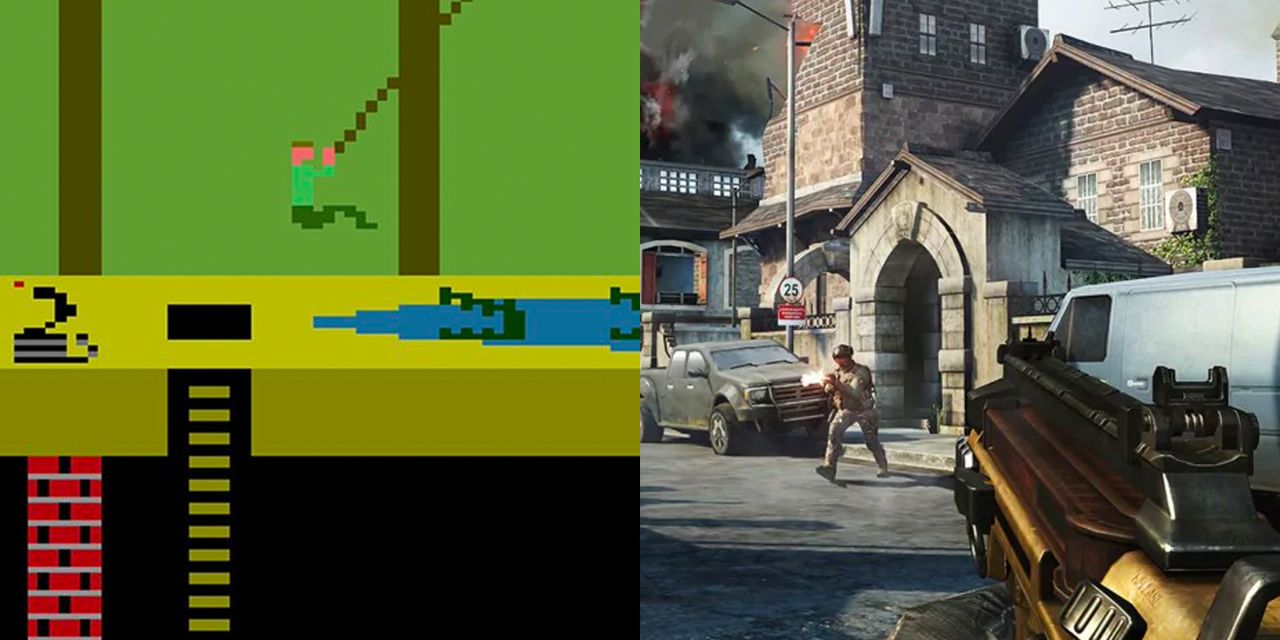 Activision Blizzard Inc. shares on Friday closed at their highest price since 1984, or at an all-time high when you take several stock splits into account, following strong earnings and an outlook that seeks to tap more of the fast-growing mobile gaming market.

shares rallied more than 12% intraday Friday, and closed up 9.6% at $101.61. That’s the first time Activision stock price has finished above $100 since Jan. 20, 1984, when the stock closed at $103.12, according to FactSet data. Accounting, however, for the nine stock splits since then, shares finished at an all-time high for a record market cap of $78.53 billion, according to FactSet.

Late Thursday, Activision Blizzard reported quarterly results and an outlook that topped Wall Street expectations, along with plans on expanding more of its franchises into mobile. The company publishes the popular “Call of Duty” franchise under its Activision brand, its “World of Warcraft” franchise under its Blizzard brand along with its “Overwatch” and “Diablo” franchises, and “Candy Crush” under its King brand. Activision acquired Blizzard in 2008, through its merger with Vivendi’s game business, and King Digital Entertainment in 2016.

Over the past few years, mobile gaming has been the videogame sector’s fastest-growing platform, accounting for about half of the roughly $180 billion in 2020 sales with PC and console-based games making up the other half, according to IDC data.

JPMorgan analyst Alexia Quadrani, who has an overweight rating on the stock and hiked her price target to $115 from $101, expects the “Call of Duty” franchise to become the template for the company’s other titles.

Not only does “Call of Duty” go the traditional route of console and PC sales with its “Black Ops — Cold War” and “Modern Warfare” titles, but the franchise has a free-to-play “Warzone” battle royale option similar to Epic Games Inc.’s “Fortnite,” with all of those options available on a mobile platform.

“The success at CoD in 2020 significantly outperformed expectations at the start of the year (even adjusting for the pandemic), and we expect ATVI to apply similar business model innovation to other titles, using mobile to extend reach and free-to-play modes to drive player conversion to premium games,” Quadrani said.

Stifel analyst Drew Crum, who has a buy rating and a $108 price target on the stock, remained positive on the potential developments at the company even though he considered results mixed.

“We think this (however) is superseded by management’s (positive) commentary on ’21 (and beyond), which provided greater context around the timing of key initiatives, and what appears to be setting for a potentially massive year in ’22,” Crum said.

Raymond James analyst Andrew Marok, who has an outperform rating and hiked his stock price target to $120 from $109, said he still thinks the company “has plenty of runway to reach new players through mobile and free-to-play offerings and capitalize on strong demand for planned new titles in existing franchises.”

UBS analyst Eric Sheridan, who has a buy rating and raised his price target to $120 from $116, said Activision Blizzard was keeping true to its theme of the past 12 months.

The company’s earnings report was “demonstrating how the broader industry has benefited from ‘stay-at-home’ dynamics but remaining focused on the [long term],” Sheridan said.

“In the latter, the industry is poised to be a net share taker of media consumption, benefit from a blurring of the lines on platform and game play preferences by a global base (increasingly mobile first) and continue to allocate capital to a mix of growth and shareholders,” the UBS analyst said.

Wells Fargo analyst Brian Fitzgerald, who has an overweight rating and a $120 price target, asked in a note, “How big and profitable can this thing get?”

Fitzgerald said management “was clear they expect a ‘step change’ in financial performance in FY22, and we have no reason to doubt their ability to execute the four-pillar growth strategy for franchises other than ‘Call of Duty.’”

Piper Sandler analyst Yung Kim, who has an overweight rating and a $120 price target, thought the company’s forecast was conservative seeing it didn’t include expected launches from the “Diablo” and “Overwatch” franchises.

“Activision does look for full-year growth for the Call of Duty franchise, in spite of a difficult compare to launch of Call of Duty Warzone in March-20, which was also boosted by the onset of stay-at-home regulations around CV-19,” Kim said. “Despite the lofty expectations, we continue to suspect a heavy dose of conservatism.”

Kim said he expects to hear more detail from the company’s BlizzConline 2021 show that begins on Feb. 19.

Meanwhile, Cowen analyst Doug Creutz, who has a market perform rating and a $100 price target, expressed some skepticism at the company’s forecast to have two more franchises — likely “Diablo” and “Overwatch,” he says — contributing $1 billion in annual revenue, in addition to “Call of Duty,” “World of Warcraft” and “Candy Crush.”

“This is a fairly bold prediction, given the relative dearth of such franchises in the market, and Blizzard’s evident recent struggles aside from WoW,” Creutz said. “Nevertheless, we expect most investors to give management the benefit of the doubt (at least for now).”

Over the past 12 months, Activision shares have gained 73%, while the iShares Expanded Tech-Software Sector ETF
IGV,

has risen 17%, and the tech heavy Nasdaq Composite Index
COMP,

is scheduled to report its results after markets close on Monday.