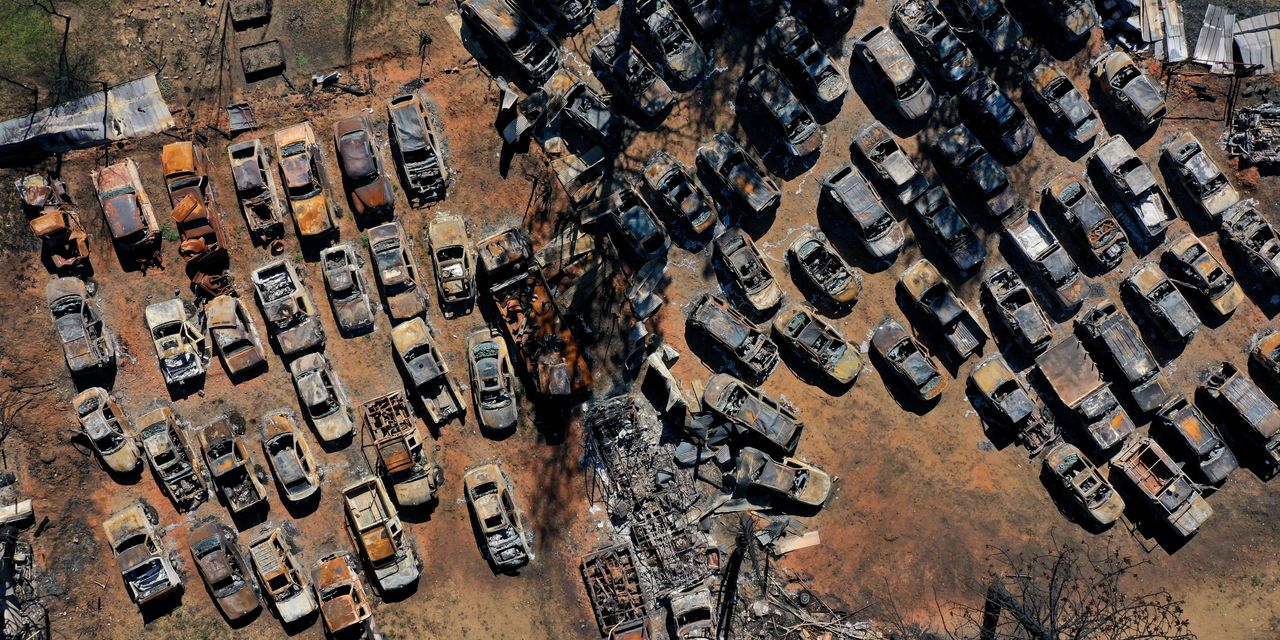 Billionaire David Tepper, founder of Appaloosa Management, led a group of hedge funds that netted at least $2 billion by quickly dumping PG&E Corp. stock that helped the embattled utility last year emerge from bankruptcy, according to a KQED and the California Newsroom report.

Appaloosa, Anchorage Capital Group and Silver Point Capital were among a group of hedge funds that a Northern California bankruptcy court awarded “equity backstop” shares of PG&E
PCG,
,
as part of the power giant’s July 2020 exit from Chapter 11.

But instead of providing a backstop for PG&E shares, or helping ensure victims of wildfires sparked by PG&E equipment would see the full $6.75 billion payout as promised under its turnaround plan, KQED found that hedge funds largely cashed out over 12 months.

KQED tracked public securities filings for nearly a dozen hedge funds to reach its estimates of how much PG&E stock they sold over roughly a year. The report also said that many of the hedge funds ended up paying nothing at all for their shares as part of the restructuring.

Shares of PG&E have been volatile in the year since its debt reorganization, hitting a low of $8.29 for the year in August, after climbing as high as $12.82 in November 2020. Shares closed Tuesday at $10.25, according to FactSet.

The fortunes of Wall Street hedge funds haven’t been the only ones tied up with PG&E’s stock price. The trustee of PG&E’s estimated $13.5 billion Fire Victim Trust, which covers more than 70,000 people injured by 24 different fires, in a September letter warned that the fund could end up $2.5 billion short, in part due to downward pressure on the utility’s stock price.

PG&E filed for bankruptcy protection in 2019 after its power lines sparked several mega fires, including the Camp Fire, which killed 84 people in Northern California and destroyed the town of Paradise.

As part of its plan to exit Chapter 11, the biggest bankruptcy ever for a U.S. utility, the court took the unusual step of allowing wildfire victims’ compensation to be partially repaid in stock. That tethered payouts from harm to PG&E financial success, a potentially precarious arrangement given the frequency and severity of California’s wildfire threat due to severe drought and climate change.

A report from The Wall Street Journal in August detailed how most victims due payments under the PG&E fund had yet to receive any compensation, underscoring lingering concerns that shares could be further battered if PG&E sparked more wildfires.

PG&E said it has funded the Fire Victim Trust as specified in the plan of reorganization and settlement agreed to with the tort claimants committee and plaintiffs’ attorneys representing an overwhelming majority of the individual fire victims.

“We empathize with the ongoing hardships many victims face, and remain steadfast in our commitment to make it safe for our customers and communities. To deliver on this commitment, we are hardening our system, incorporating new technologies, and taking other aggressive action to increase system safety,” PG&E said in a statement to MarketWatch.

In September, victims of this year’s enormous Dixie Fire sued the utility, whose equipment has been suspected of starting the blaze, the second-largest by acreage on record in California.

The fresh legal challenge comes after the power giant’s restructuring left the roughly 116-year-old utility in the unusual position of exiting Chapter 11 with more debt than it had before, in part to pay billions’ worth of previous fire-related claims.