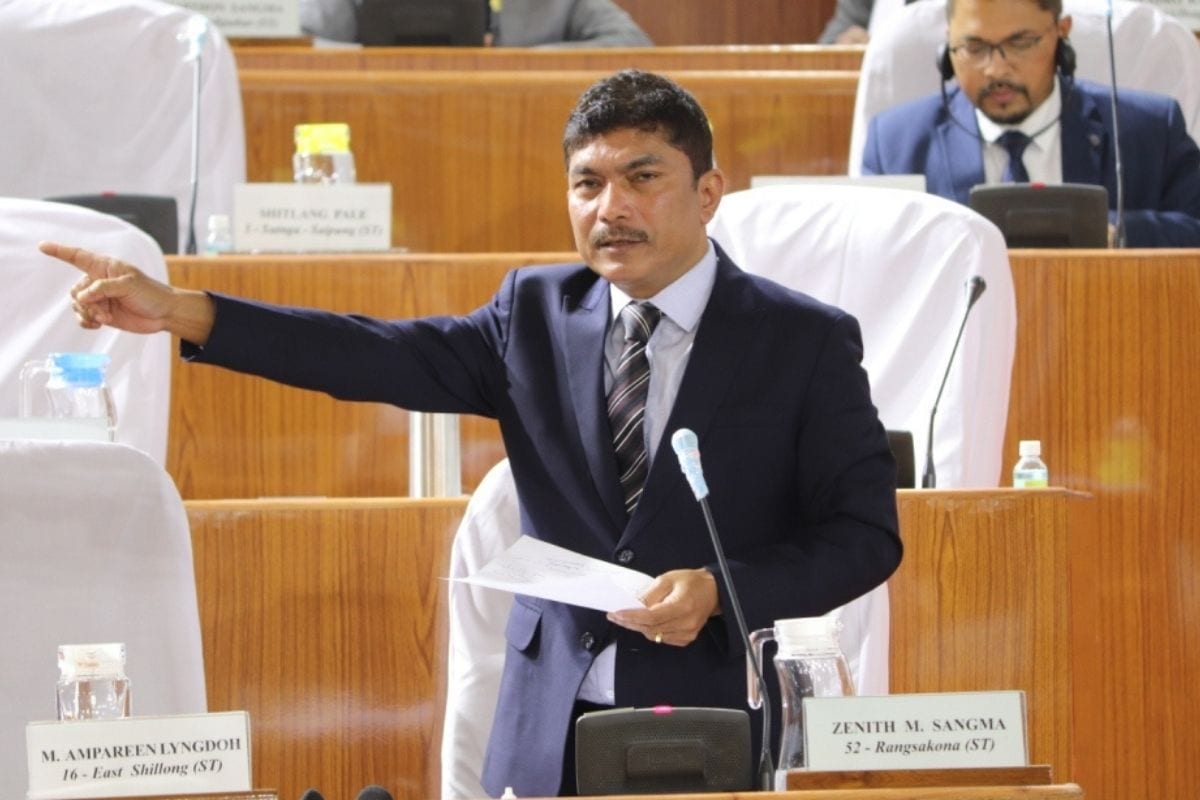 The opposition Congress has demanded a CBI probe into the alleged glaring corruption practices by the National People’s Party-led Meghalaya Democratic Alliance government.

“In this present MDA government led by Conrad K Sangma, corruption can be seen everywhere almost in all the revenue departments and that is alleged with the patronage of the people in authority, meaning the political bosses in the government,” Congress spokesperson and Rangsakona legislator Zenith M Sangma told reporters.

He said corruption has reached the backbone, be it in illegal coal mining and its transportation or smuggling of forest produce or different activities in the MeECL and the power sector so on and so forth.

VAT NOT REALIZED FROM PETROL PUMP

Sangma alleged that the state government’s taxation department has failed to realize Value Added Tax (VAT) from 229 petrol pumps across the state for the past 3 years.

According to him, the minimum outstanding due that any single petrol pump is having is not less than Rs 2 crore, while some have outstanding dues of Rs 4 crore to Rs 6 crore.

“…if you calculate at an average of Rs 3 crore per petrol pump, it is more than Rs 650 crore – that is the outstanding dues only from the petrol pumps to be realized by the taxation department,” he said.

The Congress leader further alleged the state government of attempting to waive off 30 percent of the total outstanding dues to the petrol pumps by coming up with a one-time settlement scheme.

“And here what happened is a well-scripted modus operandi of this present MDA government, there also they have made one new scheme, which is called a one-time settlement scheme wherein 30% of the total outstanding dues are being waived off.

That is the offer being given. So if you calculate 30% of Rs 650 crore, it is coming to Rs 195 crore. Is it not a big amount for a state like ours when we are facing lots of financial problems?” he asked.

“Likewise in MeECL, there also they have made a one-time settlement scheme to the industries and the outstanding dues are more Rs 700 crore, if you calculate 30% waiving being offered to these industries, the 30 percent of Rs 700 crore is coming to the tune of Rs 210 crore. Is it not a big amount? So this is the modus operandi of this present government,” he said.

Accusing the state of adopting ways and means to loot the state, Sangma said in as far as the implementation of the controversial smart meter system is concerned, the market rate of a smart is between 3,000 to 4,000 but the rate being offered in the tender by the MeECL is 9,000 which is more than double the market rate.

He said in the Saubhagya Scheme too, the government has awarded the contracts for the local contractors as per schedule of rate (SoR) but for the contractors who are from outside the state, they have been offered more than 51 percent above the SoR because of which extra cost escalation of Rs 180 crore were involved and 15% of the total cost has to be borne by the state government as the state share.

“If you calculate Rs 180 crore, 15% share is coming up to the tune of Rs 27 crore. Is it not a big amount? So, therefore, it is a dangerous situation. I think all of us should think very deeply and rescue the state from getting looted by these corrupt people and save the state.”

Further, the Congress spokesperson went on to allege that there are also lots of illegalities in the forest and environment department. He cited an example of the Ri Bhoi District where there are huge stone quarries that used to export stone aggregates loaded in over 4,000 trucks to Assam every day.

“If you calculate 800 per cubic meter as royalty how much it is coming you can just imagine and during this pandemic time, very interestingly, this has not stopped. More than 1,000 trucks of stone aggregates are allegedly going outside the state. If you calculate, even 10 cubic meters per truck, otherwise it is more than that – at Rs 800 how much it is coming, more than Rs 80 lakh revenue is being drained out every day,” he said.

Meanwhile, the Congress leader demanded the state government to immediately respond to the allegations.

“When these kinds of allegations are before the government, it is incumbent upon the state government to immediately respond and make independent inquiry into this too not by any other agencies but by the premium agency which deals with corruption that is the CBI,” he stated.