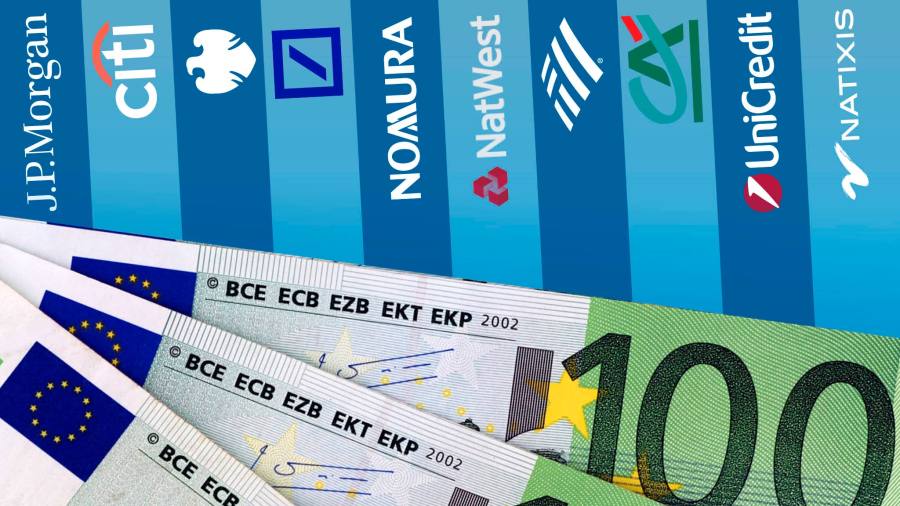 The EU has excluded 10 of the heaviest-hitting banks in the debt market from running lucrative bond sales as part of its €800bn recovery fund, over historic breaches of antitrust rules.

Brussels’ biggest ever borrowing spree kicks off on Tuesday with the sale of a new 10-year bond to fund the NextGenerationEU programme under a so-called syndication, where a group of banks is paid to drum up demand from investors.

But 10, including big players such as JPMorgan, Citigroup, Bank of America and Barclays, have been told they cannot take part in these deals due to previous involvement in market-rigging scandals, according to people familiar with the matter.

Banks found to have breached EU competition rules “will not be invited to tender for individual syndicated transactions”, said a spokesman for the European Commission, which handles debt issuance on behalf of the EU. “The Commission implements a strict approach to ensuring that the entities with whom it works are fit to be a counterparty of the EU.”

Banks found guilty of antitrust breaches will be required to show they have taken “remedial measures” to prevent them happening again before they will be allowed to bid for syndications, the spokesman added.

Bank of America, Natixis, Nomura, NatWest and UniCredit have been prevented from taking part due to a Commission antitrust ruling last month that they participated in a bond trading cartel during the eurozone debt crisis a decade ago.

Citigroup, JPMorgan and Barclays — in addition to NatWest — have also been barred due to a finding two years ago that they were involved in manipulating currency markets between 2007 and 2013, people familiar with the matter said. Deutsche Bank and Crédit Agricole are also excluded due to an April ruling that they were involved in a different bond trading cartel, the people said. All the banks declined to comment.

The list includes seven of the 10 largest banks by volume of European government and supranational debt sold so far this year, according to figures from Dealogic.

The 10 banks barred from the syndications are among a list of 39 so-called “primary dealers” — banks that have a responsibility to bid for bonds during regular debt auctions, which the EU will begin in September. This responsibility can sometimes prove costly, however, so investment banks typically regard the fees they earn from syndications as a sweetener for taking on primary dealer status.

“There’s a delicate equilibrium in the relationship between issuers and primary dealers, and this risks upsetting that,” said a senior banker at one of the lenders barred from syndicated deals. “These issues they are bringing up are from a long time ago, and they have been settled.”

The banks working on Tuesday’s inaugural recovery fund bond are BNP Paribas, DZ Bank, HSBC, Intesa Sanpaolo, Morgan Stanley, Danske Bank and Santander. Investors placed more than €140bn of orders for the €20bn of debt, according to one of the banks.

The recovery fund, which was agreed by EU member states last year, is set to transform Brussels into one of the region’s biggest borrowers.